The newly established Bulgarian Outsourcing Association made a forecast for a stable increase in the number of companies that plan to outsource their business to Bulgaria . 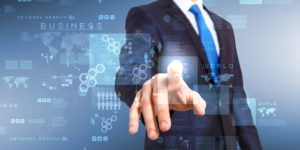 The association predicted that the increase in the number of companies will be around three times in the next five years. The outsourcing business is considered among the most dynamic industries in the country and currently employs around 15,000 people in the capital. Their number is expected to triple according to the five year forecast.

The stable political situation , the low taxes and the acceptable wages in the country, the professional skills of the employees, as well as being part of the European Union , make Bulgaria an attractive destination for the large and stable companies in Western Europe and the United States.

Among the founders of the Bulgarian Outsourcing Association are companies such as Coca-Cola Hellenic IT Services, AII Data Processing, Sofica Group, Atos Bulgaria and Bulpros. They believe that if the state and the companies join their forces, this will lead to a stable development of that industry sphere.

Bulgaria has an excellent reputation among the companies in the outsourcing business and it will continue to attract them. The reasons for that are not only membership of the country in the European Union, but also the tax alleviations and the desire for less bureaucracy . Of course, we should also mention the welcoming atmosphere, the excellent infrastructure and the construction of business centers with prestige location that correspond to the needs and the requirements that are important to the foreign investors .