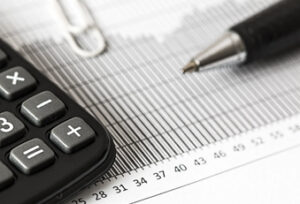 The stable outlook balances Bulgaria’s weaker economic growth prospects in the near term and elevated domestic political uncertainty against Bulgaria’s low net general government debt and contained interest expenditures. In S&P Global Ratings’ view, this affords Bulgaria a policy buffer and leaves its public finances less susceptible to a swift increase in interest rates globally. Bulgaria is currently experiencing high inflation, which, in S&P Global Ratings’ view, could pose challenges to it becoming a member of the eurozone in 2024.

S&P Global Ratings expects Bulgaria’s GDP growth to weaken notably in the coming months. Although the economy has remained more resilient in 2022 against fallout from the Russia-Ukraine conflict than the rating agency initially expected, several challenges lie ahead. In particular, the rating agency expects external demand from Bulgaria’s main trading partners in the EU will reduce and domestic consumption will lose steam as continuously high inflation, which is estimated at close to 10% on average in 2023, weighs on real wages. Positively, EU-funded projects will provide some support to the economy. S&P Global Ratings projects real growth of less than 1% in 2023 – a substantial slowdown from the 3% it anticipates for 2022.

According to S&P Global Ratings, Bulgaria is gradually progressing in its efforts to enter the eurozone, but it remains unclear whether it will be granted membership in 2024 due to several remaining obstacles. Bulgaria’s successful accession to the eurozone would eliminate residual euro exchange rate risks in its economy, improve the country’s access to euro capital markets, and grant domestic banks direct access to the ECB resources. However, Bulgaria is currently experiencing high inflation (at close to 15%), which, in the view of the rating agency, could complicate the task of meeting the inflation convergence criterion next year. Domestic political uncertainty also persists with a caretaker government still in office following the most recent snap election in October 2022, hampering the process of preparing for accession.

The rating agency could raise the ratings on Bulgaria if it became a eurozone member; improvements in Bulgaria’s balance of payments position could also support an upgrade. S&P points out that it could lower the ratings if Bulgaria’s economic prospects deteriorated significantly compared to the rating agency’s current expectations, which could occur, for example, due to stronger second-round effects from a slowdown in global growth, the regional security situation significantly worsening, or disruptions of energy imports from Russia threatening the availability of sufficient energy supplies for Bulgaria’s economy.