While  Belgium  is  one  of  the  highest  taxation  countries  around  the  world, the West  European  country  continues  to  increase  its  citizen’s  tax  burden. 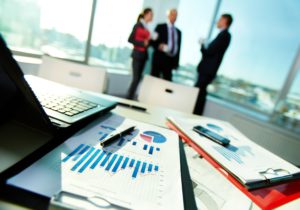 Belgium has a high-tax silver medal in the EU. France took the gold medal, collecting taxes amounting to 48.4% of its GDP, in 2018.

In the EU ranking list of high-tax countries, Belgium is also listed as a high-ranking tax burden on married couples with two children in the Organization for Economic Cooperation and Development (OECD). The OECD reports that an average married employee with two children pays 37.3% of the income to the government in the form of tax, while the OECD average is 26.6%.

The  interest  in Bulgaria  to  entrepreneurs  is  especially  high, as  the  Balkan  country  has  flat  personal  and  corporate  tax  rates  of  just  10%. This  is  why  entrepreneurs  from  Belgium  and  other  high-tax  EU  countries decide  to  move  to  Bulgaria.

Contact us to learn more about the business environment in Bulgaria: