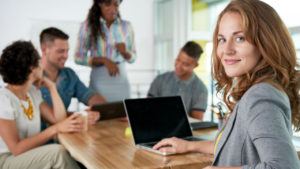 Coca-Cola Hellenic Bottling Company presented its new production line at its Kostinbrod plant, #Bulgaria. The # investment is for BGN 40 million, and according to CEO Jurg Burkhalter, this will be the most modern and efficient line in # Europe . The new capacity will use over 600 tonnes or recycled PET plastic.

“The new line is 25% faster and 20% more energy efficient than the current one. Thanks to it, Coca-Cola will start exporting products from Bulgaria to Serbia, Romania and Greece,” Burkhalter announced.

The # company also plans to build a new water pipeline to the plant, which will supply water and surrounding households. Once completed, it will be donated to the Sofia Municipality.

“The Coca-Cola Hellenic Bottling Company plant in Kostinbrod has been a symbol of sustainable #development for 23 years. Thanks to the good # management , during all these years the company has established itself as a model for social and # business development not only for the region, but for the #economic map of Bulgaria .

Thanks to the investment of BGN 40 million, the production capacity of the company will increase by about 30% and will become a regional center to # export production to neighboring and further countries. It is an undeniable success, but more importantly, through this investment , Coca-Cola gives courage to dozens of businesses to invest in our country .

# Entrepreneurship only makes sense when it creates and changes. Coca-Cola creates a product, but it also creates jobs for new businesses around it, and with it- new jobs. ”
– A greeting on behalf of Radosvet Radev – Chairman of BIA.